As the two-year anniversary of her dental practice in Windham approached, Dr. Leslie Ann Elston helped change the life of a member of the community. Denise Twombly was the grateful recipient of approximately $20,000 of dental work, free of charge. 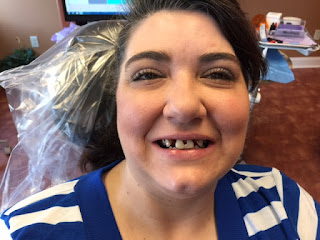 Twombly said she was at a low point in her life when she first visited Dr. Elston’s office. She had moved back to live with her mother, who was a patient at the practice. Her mother helped her set some goals, and the first was that she get into the dentist for a consultation. 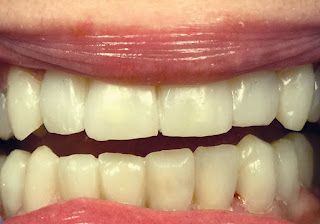 When she first went in, Twombly said, she was very nervous and embarrassed about how her teeth looked. “I always had my hand in front of my mouth when I talked. I wouldn’t smile because I was ashamed of what I looked like.”

From the beginning, she said, Dr. Elston made her feel at home, asking what her goals were, and about her confidence level. At this time, Dr. Elston hadn’t mentioned the possibility of doing the work without cost – she told Twombly they would explore insurance, and payment plan options.

“I knew it was going to be a lot of money, but I didn’t know how I was going to pay for it,” Twombly said. Even so, the process felt good, because she could tell Dr. Elston wanted to help her. But she had no idea to what extent that would be. 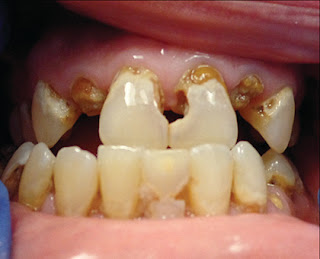 After the consultation, about a week before her birthday, Twombly got a call from the office. At first, the news seemed bad – her insurance would not cover the expense of the work.

“I was devastated,” Twombly said. But then Dr. Elston came on the phone and told her that she had chosen a patient to donate work to, to give back to the community, and that patient was Twombly.

“I just started crying,” said Twombly. “It was like winning the lottery.”

Throughout the process everyone in the office has made her feel completely comfortable. “I have so much appreciation for her,” said Twombly. “I would recommend anyone to her not just because of the work that she does but because of how they make you feel at ease. A lot of people don’t like to go to the dentist, but it doesn’t feel like that when you go there. You feel like you’re in a family.”

The work was completed in just one day, and has made all the difference in Twombly’s life. “I’ve been smiling from ear to ear. I’m not ashamed to show this smile at all,” she said. “I feel like I’m unstoppable now. She gave me the confidence I haven’t had in a long time.”
Posted by Michelle Libby at 9:41 AM