Kimberly Burnham of Windham has a number of reasons for participating in the 8th annual Tri for a Cure on Sunday, July 26. She lost her father and several friends to cancer. Other friends are now battling the disease.


Tri for a Cure, which raises money toward the fight for prevention and cure of cancer in Maine, is an all-female triathlon involving a 1/3 mile swim, a 15-mile bike ride and a 3.1 mile (5K) run at Spring Point Light in South Portland. It is one of the biggest charitable events in the state. 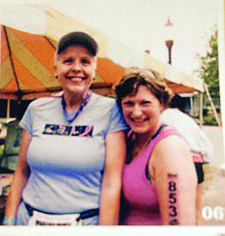 Burnham is one of the 1,331 women tri-athletes taking part. She says she had not ridden a bicycle since the age of 12, but was moved to buy one and start biking and running when she  made the decision to participate in “something phenomenal,” citing the sad fact that Maine has the highest rate of cancer in New England.

Burnham is two-thirds of a relay team. After completing the bike and foot run, she tags off to a teammate who finishes with the swim. It’s her first year in the competition and said with confidence, “I can do this.” 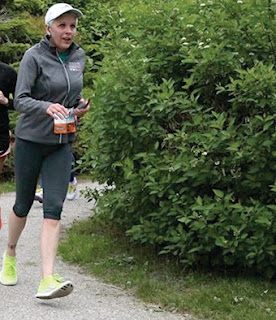 Although a pink-themed event, Cullen McGough of the Maine Cancer Foundation, explains that proceeds are used “to reduce incidents and mortality rates of all types of cancer in Maine.” Tri for a Cure participants secure pledges and conduct fundraising events prior to the triathlon. Those procuring $1,500 or more secure a spot in next year’s event, avoiding an extensive waiting list. McGough said this year’s goal is $1.5 million. As of Tuesday (July 21) the total had exceeded $1 million. Contributors are assured that 100 percent of their donations go toward the prevention and cure of cancer in Maine. According to McGough, all expenses associated with the event are covered by a number of corporate sponsors.

Although medals are awarded in each of the various age categories, or “waves,” triathletes are motivated by the cause itself, the camaraderie, or the prospect of beating their own time from the previous year.
Rebecca Tracy of Raymond told the Eagle, “My goal is to finish standing up, not in the medical tent.”

Tracy, who also participates in a relay team, said she is fortunate that her family has not been touched by cancer, but feels Tri for a Cure is “doing a lot of good,” and enjoys the supportive community of runners at cancer events, including the “run up” to the triathlon and the twilight 5K held in June. A few years ago Tracy faced debilitating medical problems and “struggled just to walk and get to work.” Rehabilitation and a supportive husband led to running, then to 5Ks, and finally Tri for a Cure. “It’s been wonderful for me and for whatever contribution I can make to cancer.” 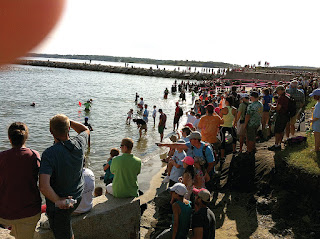 A major motivator for Lori Peeples of Windham is her children; approaching the age of 40, Peeples said it was an opportunity to set an example that “you can do anything if you set your mind to it.” In addition, her dad had cancer, but was diagnosed early and today is in good health. “Tri for a Cure was one of the most amazing experiences I ever had, both physically and emotionally – and I’m passionate about the work of Maine Cancer (Foundation).”

Peeples describes the triathlon as participation, not competition. She says the morning kick-off ceremony is moving. The 11 different colors of event apparel yield to the pink triathletes – the color of the cancer survivors - among them is a classmate of Peeples.

The presence of poignant scenes is echoed by McGough, “the day begins with the distant sound of foghorns. The sun burns away the haze and the wave of participants move toward the inflatable entryway in a confetti of colors that turns to a rainbow as the age groups move into place.”