Music With A Mission wraps up their third season this weekend featuring a national performer with local roots. Heather Masse of The Wailin’ Jennys will perform with pianist Jed Wilson on Saturday, November 7th at 7 p.m. 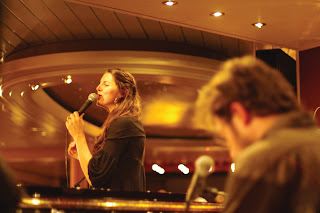 Masse grew up in Lovell, Maine. Born into a musical family, she grew up singing hymns in church where her mother was the choir director and organist, and singing folk songs with her four siblings. After high school, Masse attended the New England Conservatory of Music, where she studied jazz voice.
Upon graduation, Masse took a break from performing to work with Alzheimer patients as the activities director in an assisted living community. “I used music every day with my residents in the community. It was an amazing resource and transformed people's mood and capabilities in extraordinary ways,” she said. 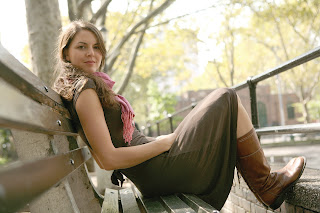 Though she loved the job, Masse decided to give her music career a shot and moved to New York City. A mutual friend recommended Masse to The Wailin’ Jennys, who were in the process of looking for a new third member. “We met and sang together for the first time in a handicapped bathroom before a concert they had in Philadelphia. We clicked right away and our vocal blend felt sisterly,” said Masse, who officially joined the band in 2007. She learned to play the upright bass and began touring the country full time.

Currently, two of the three band members have children, so they have been touring less, finding a balance between home and touring life which enables the band to stay together, Masse said.
Highlights of her career include many appearances on A Prairie Home Companion, where Masse has met and sung with some of her musical heroes, such as Emmylou Harris, Wynton Marsalis, Dick Hyman and Elvis Costello.

“Being able to collaborate and work alongside Garrison Keillor has been a wonderfully inspiring and extremely fun opportunity,” she said. 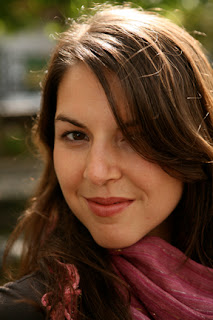 Masse’s most recent album, Lock My Heart, is an album of jazz standards and originals with the legendary pianist, Dick Hyman. It has been on the Billboard charts since its release in February 2013. The Wailin’ Jennys album Bright Morning Stars, released in 2011, won a Canadian Juno award and features original songs from all three members of the band.

Masse typically returns to Maine at least once a year. She and Wilson, who is married to her sister, met in college, and have been playing music together since 2003. “It's always great to get home to visit family and play music with one of my favorite musicians,” she said, adding that they often play at one of their favorite venues, the Stone Mountain Arts Center in Brownfield.

Masse said they strongly support SMART Child and Family Services, the non-profit organization they have chosen as the local beneficiary. “Mental health resources are extremely underfunded and mental health services are greatly needed in every community. SMART supports emotional and mental health as well as provides treatment Foster care. Reducing the stigma of mental illness and bringing awareness to the forefront of our communities benefits everyone,” said Masse.

Tickets are $15 for all seats, and are available online at www.mwamconcerts.com or at the door. The box office opens at 6 p.m. Seating is general admission. For more information call 892-7149 or email MWAMconcerts@gmail.com.

Posted by Michelle Libby at 5:15 PM