School board member shares her personal battle - By Elizabeth Richards 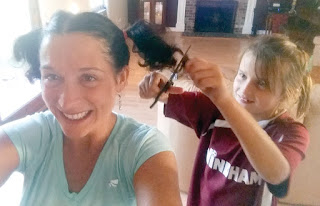 Though breast cancer awareness month just ended, the message of how important awareness and early detection are continues. Dawn Dillon, who was diagnosed with Stage IIB breast cancer earlier this year wants women to know that a mammogram isn’t always enough to pick up on breast cancer.


Dillon’s story began many years ago, with an extensive family history of breast cancer that goes back five generations. Knowing this history made her proactive in her approach, and she had a baseline mammogram around the time she turned 35. At that time, she was told that she had fibrous, dense tissue and should have annual mammograms.

She began those annual mammograms when she was 40. That year, something showed up on the mammogram. After an ultrasound, two biopsies and a lumpectomy from her left breast, Dillon said she thought “It’s going to come back as cancer. I was ready for it. But it came back benign.”  Following that experience, Dillon had mammograms every six months for several years, and was then released to annual exams again.
This year at her annual mammogram, something suspicious once again showed up – this time in both breasts. Dillon had both breasts biopsied, and though everything was fine on the right, the left breast came back as cancerous. She received the diagnosis the day after her 48th birthday.

Even with the long history, Dillon is the youngest in her family to have been diagnosed with breast cancer. Because she had been having annual mammograms, she anticipated that she would be in the very early stages. Instead it was discovered that she had five slow growing tumors, and cancer was also found in one lymph node out of the eight tested. Doctors told Dillon that it is likely the cancer had been there for several years. 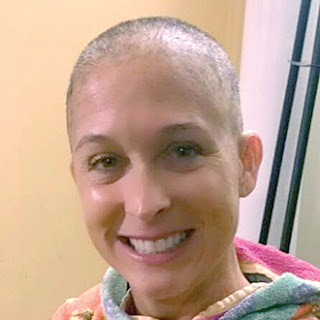 After discussing her family history, Dillon and her doctor decided to proceed with a double mastectomy even though no cancer had been found on the right side. After the surgery Dillon was told the margins weren’t clear. This means, she said, that some cancer was left behind. Dillon sought out additional opinions from the Dana Farber Cancer Institute and Memorial Sloan Kettering Cancer Center, but the doctors didn’t all agree on what should happen next. “Everybody had a different opinion, which kind of makes my story a little interesting,” said Dillon.

Some felt that she should have a second surgery, chemotherapy and radiation. Others thought that radiation treatment and hormone therapy would be enough. In the end, it was up to Dillon to make the decision. “I felt more comfortable if they got the rest of the cancer out,” she said, and on August 12th she went in for her second surgery on the left breast.

After healing from her second surgery, Dillon had another decision to make, and she opted to have the chemotherapy. “I’ll never know whether chemo did the trick or didn’t. You just don’t know. You really have to be in charge of what you feel most comfortable doing,” she said.

Next steps for Dillon include hormone treatment to shut down the estrogen which feeds the cancer, and then radiation treatments. The whole experience has taught Dillon some important lessons.

“It’s been a learning experience that the medical field is not a perfect science. Doctors are going to have different opinions and you basically have to weigh all of the information and do what you feel most comfortable with,” she said.

One of the hardest things throughout her illness, said Dillon, was telling her three children about the diagnosis, and knowing that her mother had to watch her go through treatments in the same building where her husband had been treated for non-Hodgkins Lymphoma. “I was worried about all these things when I was told. I was worried how it would affect the people that I love,” she said.

Everyone handled the news well, she said, and she has had wonderful support from her family, her boyfriend Larry, and other friends. She has also handled treatments well. “I was told by the doctor that I was doing phenomenally well with the whole treatment. You worry about your immune system,” she said. But she has not had other health issues, and maintains a positive attitude which helped her get through the treatments, she said.

Dillon said it’s important for women who have been diagnosed to get second opinions and keep an open mind. Though she’s been told that after the hormone treatment she’ll need to take a certain medication for several years, she said she will do research to see if there are other alternatives. She believes that exercise, drinking lots of water and eating the right foods are all important. “There may be healthy substitutes instead of taking prescription medications all the time, so I’m definitely going to keep my mind open to that,” she said.

Dillon stresses that it’s important for women to be aware that mammograms aren’t always the best option for breast cancer detection. “If you have family history, ask about an ultrasound or MRI. It doesn’t hurt to ask,” she said.
Posted by Michelle Libby at 5:35 PM