The Advice Chief: A janitor's lesson in leadership by Jeff "Chief" Urbaniak


William Crawford was the janitor at the U.S. Air Force Academy from 1970 to 1997. For years cadets barely spoke to him as he quietly and diligently cleaned their dormitories to an impeccable standard. He was practically invisible until one day in 1976, when one of the cadets came across his story while conducting research for a term paper about World War II.


It turns out William Crawford was a Medal of Honor recipient who risked his life to single-handedly take out two German machine-gun nests to save the lives of his squad. He was eventually captured during another military operation and was held as a prisoner of war until liberated in 1945.

After the cadets realized their janitor was a Medal of Honor winner, their attitude toward him changed. They tried to get to know him better and invited him to their formal functions.

They also learned a lot about leadership from his performance as a janitor and personal character. One such cadet, James Moschgat, while serving as the 12th Operations Group Commander in 2001, decided to share the unforgettable leadership lessons he learned from William “Bill” Crawford. He wrote:

1. Be Cautious of Labels.
Labels you place on people may define your relationship to them and bound their potential. Sadly, and for a long time, we labeled Bill as just a janitor, but he was so much more. Therefore, be cautious of a leader who callously says, “Hey, he’s just an Airman.”  Likewise, don’t tolerate the O-1 who says, “I can’t do that, I’m just a lieutenant.”

2. Everyone Deserves Respect.
Because we hung the “janitor” label on Mr. Crawford, we often wrongly treated him with less respect than others around us. He deserved much more, and not just because he was a Medal of Honor winner. Bill deserved respect because he was a janitor, walked among us, and was a part of our team. 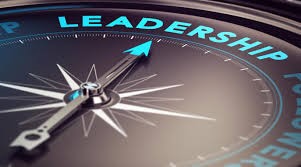 3. Courtesy Makes a Difference.
Be courteous to all around you, regardless of rank or position. Military customs, as well as common courtesies, help bond a team. When our daily words to Mr. Crawford turned from perfunctory hellos to heartfelt greetings, his demeanor and personality outwardly changed. It made a difference for all of us.

4. Take Time to Know Your People.
Life in the military is hectic, but that’s no excuse for not knowing the people you work for and with. For years a hero walked among us at the Academy and we never knew it. Who are the heroes that walk in your midst?

5. Anyone Can Be a Hero.
Mr. Crawford certainly didn’t fit anyone’s standard definition of a hero. Moreover, he was just a private on the day he won his Medal. Don’t sell your people short, for any one of them may be the hero who rises to the occasion when duty calls. On the other hand, it’s easy to turn to your proven performers when the chips are down, but don’t ignore the rest of the team. Today’s rookie could and should be tomorrow’s superstar.

6. Leaders Should Be Humble.
Most modern-day heroes and some leaders are anything but humble, especially if you calibrate your hero meter on today’s athletic fields. End zone celebrations and self-aggrandizement are what we’ve come to expect from sports greats. Not Mr. Crawford--he was too busy working to celebrate his past heroics. Leaders would be well served to do the same.

7. Life Won’t Always Hand You What You Think You Deserve.
We in the military work hard and, dang it, we deserve recognition, right? However, sometimes you just have to persevere, even when accolades don’t come your way. Perhaps you weren’t nominated for junior officer or airman of the quarter as you thought you should--don’t let that stop you.

8. Don’t Pursue Glory; Pursue Excellence.
Private Bill Crawford didn’t pursue glory; he did his duty and then swept floors for a living.

9. No Job is Beneath a Leader.
If Bill Crawford, a Medal of Honor winner, could clean latrines and smile, is there a job beneath your dignity? Think about it.

10. Pursue Excellence.
No matter what task life hands you, do it well. Dr. Martin Luther King said, “If life makes you a street sweeper, be the best street sweeper you can be.”  Mr. Crawford modeled that philosophy and helped make our dormitory area a home.