High school juniors can get a head start in meeting requirements for college admission by using the Spring and Summer months to do research and accomplish the tasks involved in the process. The following timeline can be useful in getting students organized so that senior year is less hectic for them and their families.

Register to take the SAT and/or ACT as required by your colleges of interest.

Create a resume that documents your goals and interests, academic record, activities and experiences. Aspiring art students should prepare portfolios that showcase their work.

Plan to attend a college fair and collect printed information about the colleges and universities that are represented.

Meet with your high school counselor to discuss your career and educational plans for the future and learn the counselor’s role in the college admission process.

Students who are considering applying to service/military academies or Reserve Officers’ Training Corps (ROTC) Scholarship Programs must begin the application process the summer before senior year. Visit the counseling office for more information.

Student athletes who hope to play NCAA college sports and receive a scholarship at the Division I (DI) or Division II (DII) level need to register and be cleared by the NCAA. Transcripts and test scores must be sent by your high school and test center. See your school counselor for assistance before leaving for summer vacation.

Get your Financial Student Aid ID (FSA ID) to use in the Fall when completing the Free Application for Federal Student Aid (FAFSA). Keep the FSA ID in a secure place for future use.

Visit colleges and request tours and interviews with admissions counselors. Some colleges require interviews as part of the admissions process. Future music and drama students may be required to schedule auditions with faculty members at various colleges.

Go online or download college applications to fill out in preparation for Fall and Winter deadlines. Check out the Common Application that is used by many colleges at www.commonapp.org. 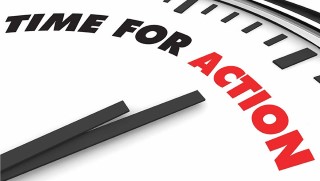 Write and polish college essays that will be submitted with the applications. Be sure to respond to the specific writing prompts for each college.

Take ACT and SAT exams as required by your choice of colleges. Arrange to have test scores sent to colleges.

Meet with college admissions counselors that visit your high school. Be sure to provide them with your resume.

Fill out and submit college applications and essays by required deadlines. There are November deadlines for early admission.

Request reference letters from your school counselor and teachers. Arrange to have these sent to the colleges along with copies of your transcript. Watch for deadlines.

Attend a financial aid event with your parents to learn about the different types of financial aid and the various application processes. High school counselors and college financial aid experts will provide important information concerning the Free Application for Federal Student Aid (FAFSA) and the CSS Profile.

After October 1, 2018, fill out and submit the FAFSA and CSS Profile (if required). Go to fafsa.ed.gov and profile.collegeboard.org for more information.

Research and apply for scholarships for which you meet the specific qualifications.


Patty Bernard of Falmouth is among the 1.3 million Americans, including 8,700 Mainers, who suffer from rheumatoid arthritis, a chronic and painful inflammatory condition that attacks the lining of joints and can lead to permanent joint damage. While it can begin at any age, the likelihood of onset increases with age and is highest among women in their sixties.

Mrs. Bernard is 80 years old and was diagnosed with rheumatoid arthritis at age 55.  In the early
years of her diagnosis, she tried many different drugs, but her symptoms continued to get worse.

In 1998, when the RA drug Enbrel came to market, she was one of the first in Maine to try it.  She calls the medicine “God-given.” Joint by joint, she felt her life come back.

For many years, her employer’s health insurance covered Enbrel at a cost to her that never exceeded $30 per month.  When Mrs. Bernard retired last year, she learned that on Medicare she would have to pay $3,800 per month for the medication, an unaffordable cost.

As Chairman of the Senate Aging Committee, I invited Mrs. Bernard to testify at a recent hearing to examine why prices have soared for drugs used to treat RA.   This hearing follows the Committee’s bipartisan investigation into the sudden, dramatic price increases of certain decades-old prescription drugs.  In late 2016, the Committee published a report documenting cases in which certain companies that had not invested a single dollar in the research and development of a drug bought the rights to produce it and then hiked its price to unconscionable levels.

Developing these medicines is a lengthy, expensive, and uncertain process.  It often takes more than a decade to bring a new drug from the laboratory to the market; the process is often very costly, and most drugs fail during testing.

If we want new medicines to reach consumers who need them, the companies that invest in the research and take the risks necessary to develop these drugs must see a fair return on their investment.

At the same time, we cannot be blind to the costs of these drugs, nor to cases where patent laws are manipulated to preserve monopolies.  Americans are expected to spend more than $387 billion on prescription drugs this year alone.  Of this amount, individuals will pay about $48 billion out-of-pocket.  The federal government is a major payer and will pick up another $172 billion in payments through Medicare, Medicaid, Veterans Affairs, and other programs.  Of course, the cost of prescription drugs affects what we pay for private health insurance as well.

The Food and Drug Administration approved biosimilars – almost identical versions of the original products -- for both Humira and Enbrel in 2016, but neither has come to market.  That’s disturbing since we know that competition tends to drive down prices or at least curb increases.  In the case of Remicade, a less expensive drug approved for treatment of RA, two biosimilars did come to market at discounts of 15 and 35 percent.  That raises the important question: Why haven’t the competitors of Humira and Enbrel become available to consumers?  According to reports, Humira is covered by more than 100 patents, many of which were added as the expiration date of the drug’s main patent approached in 2016.

Similarly, Enbrel’s main patent has expired, yet the drug remains protected by at least two other “submarine” patents nearly 20 years after it was first approved.  According to a Congressional Research Service report from 2017, five of the seven biosimilars for RA that had been approved by the FDA “have been delayed, or alleged to be adversely impacted, by actions of the brand-name manufacturers.”

Treating rheumatoid arthritis costs the U.S. health care system an estimated $19 billion a year.  As a result of the increasing costs of these drugs, older Americans face not only the pain of the disease, but also the financial pain associated with maintaining treatments.

I am committed to promoting innovation while improving access and affordability of prescription medications for patients, particularly for the 90 percent of our nation’s seniors who take prescription drugs.  Last year, following the Aging Committee’s initial investigation, a bill that I authored to improve generic competition and lower the cost of prescription drugs was signed into law as part of the FDA Reauthorization Act.

The challenge we must meet was summed up by Mrs. Bernard in her testimony:  “I am grateful that I do have something that works so that I can be productive for my family, church, and other friends who aren’t as fortunate as I am.  But, I feel very strongly that people should be able to access the treatment they need at an affordable cost.”

Posted by The Windham Eagle at 6:58 AM No comments:


Weike Wang’s “Chemistry” is funny, sharp and bright-as-ice. Told in searing, present-tense vignettes, “Chemistry” takes us through the tumultuous life of a young PhD student who has what one review calls, an anti-coming-of-age. Pushed by her parents to achieve and pressured by her boyfriend to at least consider marriage, our unnamed narrator becomes increasingly unmoored as the novel unfolds. 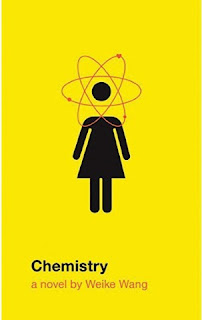 The narrator is endearingly sweet, funny and sad as she reveals snippets about her Chinese immigrant parents and their complicated marriage, her adoring Midwestern boyfriend who wants to marry her, her ambivalence about her success, her doctor best friend who seemingly has it all, and her not-so-smart but faithful dog.

Each section of the novel is short but searing, with moments of excruciating sadness. (For example: when the narrator smashes all the beakers in her lab and takes a subsequent not-entirely-voluntary leave of absence, or when she asks her Goldendoodle what he wants from her and the answer is “nothing.”) The sadness is punctuated by hilarious facts about chemistry that are really pithy observations about life. Wang, who is herself a scientist, writes without waste—every word, every sentence, every image stands its ground. This novel is simplicity at its finest.

This is a serious novel—it touches on hefty subjects like infidelity and devotion, success and failure, fear and joy and . . . the fear of joy. But, Wang tells this story with such a spare touch and biting sense of humor that it doesn’t feel heavy. In fact, there were many moments that made me laugh out loud. To me, this novel felt like notes passed in class or conversation over glasses of wine with someone you want to know better.
Posted by The Windham Eagle at 6:44 AM No comments: