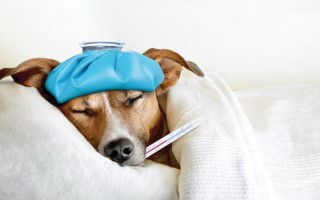 AUGUSTA – The Maine Department of Health and Human Services (DHHS) is reminding Mainers
of the importance of taking the necessary steps to ensure marijuana stays out of reach of children to avoid the risk of accidental ingestion.

Accidental marijuana ingestion often occurs when marijuana has been combined with food to become an “edible” form of the drug. Edibles can be presented in a variety of different ways, including in the forms of candy, brownies, and other baked goods or sweets, which may entice children to eat them without knowing they contain the drug.

Accidental ingestion of marijuana or marijuana products can cause serious health consequences, and young children are at an exceptionally higher risk because of their size and weight. In 2017, there were 16 calls for accidental marijuana ingestion by a child 0-5 years old made to the Northern New England Poison Center— an increase from only two in 2016.

Adults and pets are also at risk of accidental marijuana ingestion by unintentionally consuming food that contained marijuana. Edibles often have high amounts of THC but the effects may not be felt until four hours after consumption. This delay of marijuana’s psychoactive effect in edibles has commonly led people to accidentally use more marijuana than intended. Signs and symptoms of marijuana ingestion can include lethargy, dizziness, lack of coordination, and difficulty breathing.

The Maine Center for Disease Control and Prevention has introduced a campaign called Good to Know Maine, aimed at providing the public with information related to marijuana. The campaign outlines tips on safe storage, as well as educational information on Maine’s marijuana laws, youth-use prevention, and marijuana’s potential health consequences. Please visit: GoodtoKnowMaine.com

Posted by The Windham Eagle at 8:35 AM