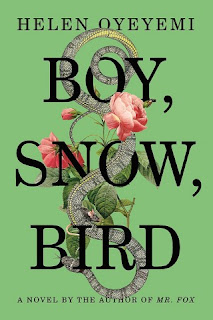 Helen Oyeyemi’s “Boy, Snow, Bird” was not at all what I expected, even though I don’t know exactly what I expected. I didn’t expect a complex story about race and identity cloaked in something like a Grimm’s fairy tale. I also didn’t expect to be so enchanted by the protagonist, a young woman named Boy.

The novel opens in New York in the 1950s, just as Boy Novak escapes her father, the abusive “rat catcher.” She takes the bus to the end of the line and settles in a charming small town in Massachusetts. She ends up working in a bookstore and eventually marries Arturo Whitman. Boy becomes the stepmother of his daughter, Snow, whose beauty unnerves Boy.

When Boy gives birth to a daughter named Bird, it becomes evident that Arturo’s family has been passing as white but are, in fact, black. Soon, our beloved Boy sends Snow away—perhaps to protect Bird and shield her from knowing how disliked she is by her grandparents, whom she has outed by the darkness of her skin and the curl of her hair. Or, maybe the sending-away is because Boy can’t stand the way Snow enchants everyone around her, including baby Bird. The best thing about this book is that Oyeyemi lets the reader make up her own mind.

The second part of the book is from Bird’s point of view. At thirteen, she decides she wants a relationship with her sister and the two begin exchanging letters. Through these letters, good and evil become even less clear.

In the end (and I can’t give too much away), it is not only beauty that’s called into question, but identity itself. What does it mean to be who we say we are or not?

This novel is a deceptively easy read. But, like beauty itself, it’s much more than its surface.

Posted by The Windham Eagle at 2:07 PM