The importance of volunteerism to small-town community success 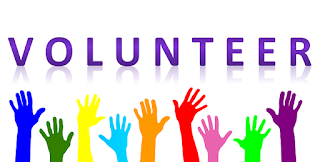 Volunteers are at the heart of strong communities, especially small ones with fewer resources than large urban areas.  Volunteers keep children’s sports leagues, local theatre groups, town government, scout troops, and small nonprofit organizations operating smoothly. And yet, it seems to be getting more and more difficult to find qualified volunteers who are committed to giving their time back to the community.

Rolf Olsen, a town selectman in Raymond, said that people have so many commitments that it’s hard
for them to find the time to volunteer.  “People say it will only take a little time, but it usually ends up bigger than what you thought it was,” he said.

In addition, Olsen added, increased requirements, such as background checks, and the costs associated with those requirements, can be daunting.  Windham Town Councilor Tim Nangle agreed, saying he has seen a drop in volunteering for EMS and Fire due to additional training requirements.

Other factors in a decrease in volunteerism, according to Olsen, include the fact that people are working, and are not in their communities during the day, or they have young families and can’t spare the time.

Sheila Borque, an active volunteer in many initiatives in Raymond, says that one of the big challenges she sees is that whatever she’s involved in, she runs into the same people. “If you look around, what are you seeing? The aging of that volunteer population. A lot of people are retired and getting older, so a lot of the initiatives that were started a long time ago are hurting,” she said.

Olsen also said that the way that volunteers are sometimes treated can dissuade people from wanting to volunteer. In the past, he said, people recognized that volunteers were giving up their time and appreciated that. Now, it seems, they often jump all over the volunteers if things don’t turn out the way they wanted it to. “People volunteer because they get something out of it – if all they get is grief, then what has that done for them?” he asked.

Still, the need for volunteers is great, particularly in small communities. In Raymond, for instance, there is no recreation department, no social services, no community center, and even the library is an independent nonprofit.  “If we want certain things, volunteers are going to have to step up and provide them,” Borque said.

Windham is fortunate, Nangle said, with good responsiveness to public committees, and people with a lot of expertise willing to be involved. “We could never afford to do all this work that these committees do,” he said.  “All of the town’s needs can’t be met by just staff alone. That’s why I think we’re very lucky.”

While there aren’t a lot of vacancies on Windham’s committees, that doesn’t mean people can’t express interest, he said. Applications are kept for when a vacancy does open up. Vacancies are announced in the newspaper and on the town website (www.windhammaine.us/376/Committee-Vacancies). Each committee is different, Nangle added, and not all of them take a lot of time.
Pat Moody, a Windham resident who currently volunteers as the president of Windham Youth Basketball, Chair of the Recreation Advisory Committee and a member of the Community Center Planning committee, said he’s been volunteering all his life.

“I see areas for opportunity in the community, and instead of just telling people how to fix things and make them better, I’ll step in and provide some time to see what I can do to improve upon things,” Moody said.

“When we love something it thrives, whether you are talking about children, a garden, or an object like a car...the more you love it the more success it has. I think about volunteering as a way to love Windham and help it grow and succeed,” Moody said.

As far as declining volunteerism, Moody said he thinks that how well organized a group is makes a difference. With Windham Youth Basketball, for instance, they don’t have a hard time finding board members or coaches. “It comes down to making sure everybody understands that the support structure is there and it’s about having a good experience for our community, and the more people who step up and help out, the better it’s going to be.”

Sometimes people may not realize that what they have to offer is important. For instance, Moody said, the committee working on the community center needs people with financial expertise to help them define the financial structure of the center. This may mean more analytical people who are less extroverted than those who typically volunteer.

“Everybody’s got something to offer,” Moody said.  “In a Town like Windham there are so many different opportunities that you can get involved in, and help improve, and it’s going to add quality of life not only for yourself but other people as well.”

Bourque said that it’s also important to realize that one person can make a difference, especially in Maine. In large metropolitan areas, you can work really hard and barely make a dent because the government controls so much, but here, individuals can have an impact, she said.

“I have a basic philosophy of why are we here? If we’re not here to make it better, what’s the point? That’s kind of how I look at the world and I honestly feel that volunteers who get involved – you get more out of it than what you are giving. It’s an amazing feeling that you can actually see a difference,” Borque said.

It’s important to recognize that things don’t happen overnight, Borque added.  “It takes patience. When you are addressing things that are part of the fabric and the way things have always been done in your community, that takes time,” she said.

What can be done about declining volunteerism?  Borque believes collaboration is the only way forward.  “We have to work together. Maybe existing groups have existed in their own little silo, and they’re suffering. One of the things I do all the time is pull people together,” she said.

Opportunities for collaboration are everywhere, Borque said. “You just have to keep your mind and your ears open for those opportunities. They’re really everywhere. You just have to look at the world a certain way. It’s just phenomenal when you get all these groups working together, what we can accomplish.”