A matter of historical record: A second attempt to construct the Cumberland & Oxford Canal 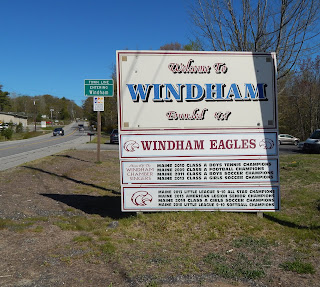 During the second decade of the 1800s, Portland, Maine’s preeminent seaport city, found itself struggling to overcome twin economy-crushing events: the nationwide embargo of 1807 and the War of 1812.  By 1815, however, the town’s population had risen considerably; its port, now one of the busiest along the New England coast, needed a quicker and more efficient transportation system.

In his 1949 book Sebago Lake Land, author/historian Herbert Jones described Portland’s growing pains: “The streets…were invariably clogged with long strings of oxen hauling heavy loads to the…waterfront for shipments to Massachusetts and the West Indies. The peaceful early morning slumbers of the irate citizens would be rudely disturbed by the raucous cries of the drivers goading their plodding beasts, and their loud exclamations: ‘Gee Star’ and ‘Whoa hisk’ could be heard for long distances, leaving the suffering populace to infer that the oxen were exceedingly deaf.”

Sensing a return to austerity, certain business leaders revived the idea of an inland waterway that could tap resources like timber and lumber, manufactured products and farm produce that could be brought from the north to Portland for both local consumption and foreign trade.

As discussed in parts one and two of this series, efforts to join the inland treasures around Sebago Pond and beyond with awaiting vessels in Portland Harbor had failed a quarter century earlier. The most efficient route to the north was by water because rivers and roads presented too many natural obstacles.

The ever-optimistic Portland retailer Woodbury Storer, who also dabbled in the import-export trade, resurrected an idea he’d put forth 30 years earlier: the construction of a canal connecting Portland with Sebago Pond and Long Lake, which would extend freight travel up to 60 miles inland. The immediate problem with his notion was, of course, feasibility and financing. Canals were not a new phenomenon in the early 19th century.  The most well-known and celebrated at the time was the Erie Canal in New York. Still, skeptics denounced the idea as too expensive and unworkable.

The canal proposal stalled until Maine became a separate state in 1820. The next year, spurred by the efforts of Storer and others, the Maine Legislature enacted a charter, signed by Gov. William King, granting rights for the construction of a canal from Thomas Pond in Waterford, Oxford County, through Sebago, to the Fore River at Portland, Cumberland County. The charter also provided for the issuance of stock.

Mainers, a conservative brood often labeled as “cautious capitalists,” were slow to invest in what they considered was a risky scheme. It was noted that Stephen Longfellow, a prominent leader in the community, purchased only two shares – which did little to promote sales.

Enlisting the services of Erie Canal engineer Holmes Hutchinson, the estimated cost of the Cumberland & Oxford Canal construction came in at just over $130,000. That figure, many feared, was too low. Canal incorporators also issued a feasibility report. The glowing and overly optimistic study assured Portlanders their cost for wood fuel would be reduced from four dollars per cord to one dollar. Additionally, it stated that the city would be the “grand receptacle” of new forest and farm products, enhancing the value of land and mills and proclaiming that “one man with the facilities of a canal is deemed equal to three men and eighteen horses…” Appealing to the sensibilities of the potential investor, the study said investment would go beyond personal gain, offering “imperishable fame as a public benefactor.”

Stock sales continued to lag. Again, canal proprietors returned to the Legislature. Storer and others petitioned for a lottery, explaining that the company’s “utmost exertions” had failed to raise the needed revenue (and) …” little hope exists of its accomplishment.” The response was authorization of a complicated lottery scheme aimed at raising $50,000 for the canal. Critics sounded off with “reservations about the economics and morality of lotteries.” A later inspection of lottery records showed a balance of over $11,000 “unaccounted for.” A legislative investigation failed to account for the shortfall and the state treasurer was instructed to cancel the balance owed the state. Ultimately, the lottery fell far short of its promised proceeds.

The future of a Cumberland & Oxford seemed daunting. Determined and resolute, the intrepid Woodbury Storer and other canal supporters would forge ahead in search of financing, labor and construction materials. Further issues on the horizon would be route revisions and eminent domain appeals. How these and other problems are confronted next time.  <