A matter of historical record: The seven wonders of the Windham world

What qualifies the town of Windham to be historically unique? The topic came up recently during an informal meeting at the Windham Historical Society Museum. The question under discussion was what items, antiques or ideas make us original and exceptional, and therefore should be prominently displayed in the various buildings that will make up the Village Green history park at Windham Center?

It wasn’t the first time that local history buffs have pondered the topic. In 2007, a young home schooler named Austin wrote to the local newspaper (The Windham Independent) and in a letter to the editor announced that he and his mother had been studying the seven wonders of the ancient world. The subject led them to a popular children’s book titled “The Seven Wonders of Sassafras Springs,” in which a young boy, bored with his life in a small Missouri town, was challenged to find seven wonderful and unique things about his own small town. As the chapters unfold, he was able to discover several very special people and events that caused him to think differently about where he lived.

The Sassafras Springs book (B. Birney – Simon & Schuster) then prompted Austin’s mom to suggest “finding seven wonders here in Windham.” And that, wrote Austin in his letter to the newspaper, was “how it all started.”

The two history investigators started with the Windham Historical Society. Historian Kay Soldier told them she could of think of nine Windham wonders. Austin trimmed the suggestions down to seven, the number he wanted to work with.

1. Babb’s Covered Bridge – this wooden span over the Presumpscot River holds the distinction of being Maine’s oldest covered bridge, probably built in the early 1840s. It is also the shortest at only 66 feet across. Located off the southern end of River Road, it connects the towns of Windham and Gorham and over its long life has been destroyed on numerous occasions by hurricane, flood and fire. The most recent was in 1973 when, much to the shock and extreme disappointment of residents of both towns, arsonists destroyed the historic structure. It was replaced with an exact replica thanks to the efforts of local residents and the Maine Department of Transportation and rededicated with pomp and circumstance, curiously enough, on July 4, 1976, the day of the nation’s bicentennial. In modern times the bridge is the subject of countless photographers and painters, and at least one time was the venue for a wedding. 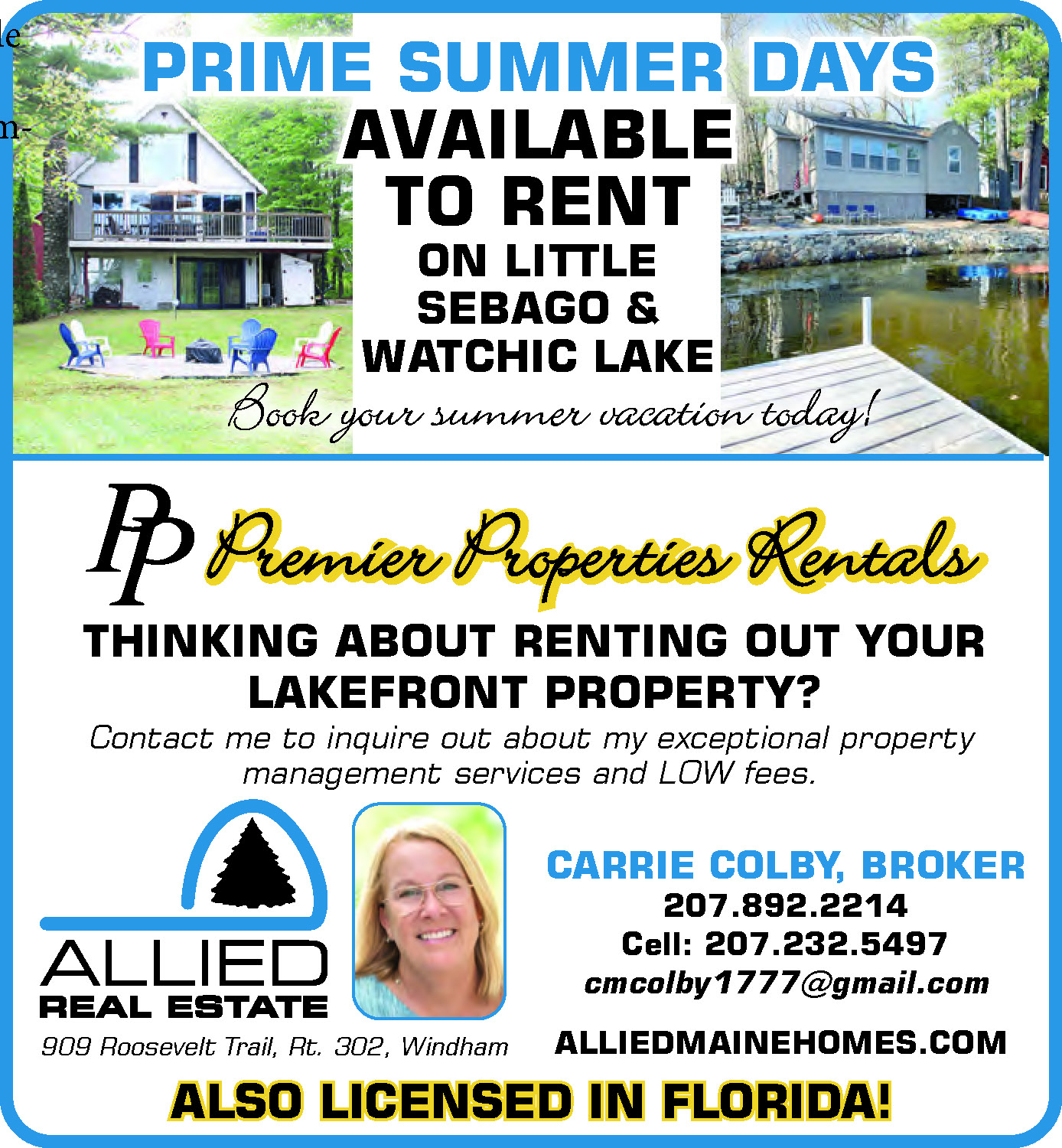 2. Cumberland & Oxford Canal – this was a hand-dug canal system stretching from Sebago Lake to Portland Harbor. The 20-mile watercourse accommodated long, narrow boats designed specifically for the canal and carried cargo and passengers from inland regions of Cumberland and Oxford counties to the growing coastal town of Portland. Various cottage industries grew along the way from foodstuffs and lumber to quarried granite. The enterprise lasted from about 1830 to 1870 when rail lines could deliver goods faster and cheaper. Twenty-seven locks raised and lowered the canal boats on their journey from lake to sea and back. The channel wove through five towns – remnants of the “ditch” and locks can be spotted in various places by the informed investigator, but the only remaining watered section, which can be seen easily, is located on Route 35 in North Windham, one-half mile west from Route 302. It is a raised section of the original canal.

3. Gambo gunpowder mills – Also known as Oriental Powder Mills, the Gambo gunpowder mills operated through most of the 19th century, obliging a huge demand for explosives used in firearms, construction, mines, quarries and farmyard clearing. Located at Gambo Falls in South Windham (off River Road), it was the first and largest powder mill in Maine. It is estimated that the Gambo Mills provided 25 percent of all the powder used by Union forces during the Civil War. Saltpeter and sulpher, used in the making of gunpowder, were imported from Europe and Asia; the third ingredient, charcoal, was produced on site from wood harvested by local farmers. Before the advent of the railroad, shipments were made via the Cumberland & Oxford Canal during warm months, and by covered wagon in winter. Mills workers had a dangerous job; despite extensive precautions, 47 men were killed in disastrous explosions between 1828 and 1904.

4. The Windham Formation – this part of Windham history is over four million years old. As explained in our last column (The Windham Eagle - May 27, 2022), lava-driven basaltic rock formed a wedge near the earth’s surface in a spot known today as East Windham. Erosion exposed the natural geologic formation, a crude set of steps on the side of a steep ledge. Myths and legends grew from the geological phenomenon, including stories about Native Americans performing death ceremonies at the site. The tales became more preposterous over time and for decades the site was known as the “Indian Steps.” Children and adults growing up in the 19th and 20th centuries delighted in telling and embellishing the stories. It wasn’t until the 1970s that certified geologists convinced the general public that the rock steps were created by nature. Many photos are available at the Windham Historical Society; the steps, however, are located on private property.

6. Parson Smith House – located near the corner of Anderson and River Roads, this magnificent early mansion was, for over 40 years, a house museum, receiving hundreds of visitors each year. In 1991, the Windham Town Council removed its tax-exempt status and the house and grounds fell into private hands, under the conservatorship of the Society for the Preservation of New England Antiquities (now Historic New England). The owners, good stewards of local history, opened the doors to hundreds of students from Windham schools. The Parson Smith House was built in stages from 1764 to 1840 and possesses three styles of architecture: Georgian, Federal and Greek Revival. The two and one-half story building was framed of hand-hewn oak with hand-worked pumpkin pine floors, paneling, and fireplaces in every room. Rev. Peter Thatcher Smith was Windham’s (New Marblehead) second settled minister.

7. Pope House – one of Windham’s oldest, the Pope House stands near the Pleasant River bridge on Pope Road in a section of town known as Popeville. It was once one of the town’s busiest neighborhoods. Elijah Pope, 26, moved from Falmouth (Portland) to Windham about 1768 with his new wife, Phebe, and built the two-story brick house. They were Quakers, he with the broad-brimmed hat, she wore a bonnet and a long dark dress and apron. They raised 12 children, all in the righteous, simplistic ways of the Friends tradition. Elijah became a blacksmith and a farmer. One of his sons, Nathan, established a wool mill on nearby Pleasant River. Later, two of Nathan’s sons and a cousin established Isaiah Pope & Co., manufacturers of clothing; also on the site was a fulling mill, a cotton mill, a dye house, a general store, and a blacksmith and carpenter shop. The distinctive white brick house, which still stands today, was a stop on the underground railroad, briefly hiding and consoling Southern slaves on their long and fearful journey to Canada.

We’ll probably never know the two “wonders” that Austin deleted from the list he received from the Windham historian 15 years ago. But it’s been established that the seven wonders of the Windham world reviewed here will comprise the mainstay of all that is original and exceptional within the town, as well as in the new Village Green history park at Windham Center. Thank you, Austin, for being curious. <

Fish hatchery draws thousands to Raymond at turn of century

The Raymond Village Fish Hatchery (Maine State Fish Hatchery #1) at the outlet of Panther Pond below Panther Run is a set of buildings sorely missed by many residents and summer visitors familiar with the town.

Once a popular place for observation of the sequence in fish culture from egg to stocking size fish, highlighted by feeding time activity, it is now a scene of desolation even to the point of being shunned by salmon that for eons have come up the Jordan River from Sebago Lake every fall to this most upstream point, the females to deposit their eggs for fertilization by the milt of the male.

While once a natural process with the eggs left in the gravel beds for protection during fertilization and hatching, the fish are now stripped of eggs and milt by man for hatching under controlled conditions.

While the fish have long been directed to this and other spawning streams by instinct, the first state hatchery was built at this spot in Raymond about 1900. 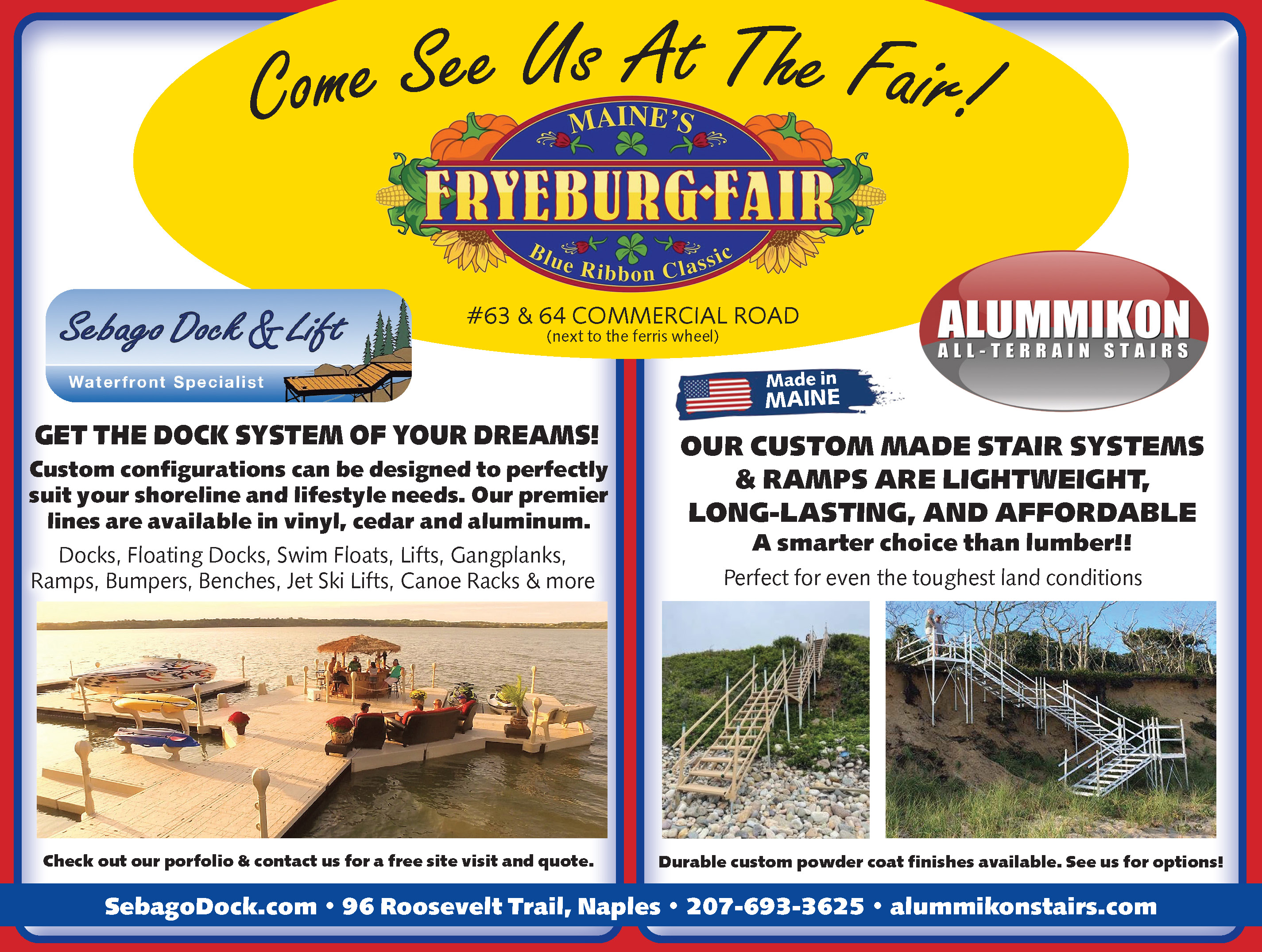 At that time the spawning fish came there in numbers of 2,000 or more and of weight up to 35 pounds. As descendants of the Atlantic salmon trapped in this inland body of water far back in geological time when the outlet to the ocean was by way of the Saco River Corridor, the present landlocked variety are smaller than their ancestors but are a far more prized game fish and given its own species name of “Salmo Sebago.”

These famous salmon have been used to stock lakes and ponds all over North America and in foreign countries. But the salmon in Sebago, in spite of the continuous stocking program have steadily declined in number due to not only the pursuit by fishermen, depletion of their best food, the smelt and use of DDT in parasite control on adjacent shorelands.

Efforts to limit the taking of smelts to provide more of their natural food and the banning of the use of DDT have resulted in improvements in quality but their numbers continue to decline.

Old records of State Hatchery show the extent of this decline, even though records of the number and size of fish stripped are not available. The spread from good to bad years in the period 1900-1930 was 500,000 to 1,250 million eggs per year and a good year had a count of 1,500 or more of fish.

In 1978, on the first day of transfer from the pool to the holding pens  where they are allowed to ripen for a week or two before stripping and when the bulk of the fish are usually taken, there were a total of 18 fish. Just a few weeks later there was only two or three dozen, with very few survivors left for stocking.

Hatchery #1 was not only a rearing site for salmon but was home to the man in charge for most of its operation, George Libby of Raymond and his family included Orrin Libby. His assistant for those many years was Albert Plummer, who lived on Mill Street in Raymond Village.

The buildings and grounds were always kept in immaculate condition and great pride was taken in all activities and appearances. In the 1950s, the Raymond site was subordinated to the growing hatchery and rearing station in Casco and the Raymond property became a neglected satellite that probably would have been abandoned completely had it not been instinct of the salmon to continue to find their way back to the Jordan River.

Since then, the salmon have been stripped at Raymond and for a while the hatching was done there but later all the stripping was done at Casco. Unused and unmaintained with no caretaker, the buildings and other facilities became the prey of vandals who in a short time made such a shambles of the area that they could only be demolished as a liability of the town and the state.

The desertion of the Jordan River by spawning salmon has undoubtedly many reasons such as beaver dams and other obstructions between the Mill Street dam and Sebago, lack of water reserves in Panther for good flushing, a decline in fish population at the source in spite of sophisticated fish management expertise, and also perhaps a resignation on the part of “Salmo Sebago” to the fate of the species. <