Two massive floods, 50 years apart in the 1800s, drained Little Sebago Lake of one-third its water mass, irrevocably changing the geography along a flooded path between what is now Collins Pond and the Fosters Corner rotary. The events created fresh beaches, new islands and erased one small brook, replacing it with a larger free-flowing stream.

Little Sebago’s shores were sparsely settled in the mid-19th century. Over the next 150 years there was little regard given to the original size of the lake. Interest in the lake’s history surfaced only in recent memory, principally among the modern camp and homeowners on Little Sebago. “How much bigger was it?” was a common question. Before discussing the results of a local historian’s research into that question, let’s review the origin of Little Sebago’s contracted shoreline.

Ellery Sawyer, whose residence was situated near the present- day Mill Pond in North Windham, sat down to breakfast on the early morning of May 7, 1861. From a short distance away, a loud crack and roar would prevent him from finishing his eggs and coffee. A log and earthen dam, holding back a giant portion of Little Sebago Lake, had exploded following many days of winter run-off and heavy spring rains. And as one historian put it, “…great the fall thereof.” In the following hours, tiny, nondescript Smith Brook would not only be transformed into a raging torrent but erased from the local geography.

Sawyer had been monitoring the dam; his worst fears had now turned to reality. Leaving his morning meal uneaten, Sawyer mounted his steed and rode off to warn all who were downstream of the violent wall of water. In the preceding few weeks, the Pope brothers, who owned the dam, had been warned countless times of its vulnerable condition, having been built on top of pebbles and sand. Now, a furious surge of Little Sebago water was carving a new stream toward Pleasant River and ultimately the Pope Mills at Windham Center.

In less than three hours, residents, and onlookers at the small Pleasant River village of Popeville could hear the dull upstream roar of water converging on their mill site and bridge. Samuel T. Dole, historian and author of Windham in the Past (1914) was a young clerk working at the Popeville mills at the time and was an eyewitness to the destructive onslaught.

“…around a (an upstream) curve in the river came an immense wave bearing on its crest a large quantity of …stumps, the ruin of bridges, mill logs, cord wood and trees that had been torn up by the roots…borne along with irresistible force by the rushing waters.”

Most of the mill site, including machinery, materials, mill products, the basement of a nearby store and the Pope Road bridge was destroyed, all washed downstream.

The so-called great freshet (severe flood) of 1861 was not the first to wash away the region. Forty-seven years earlier, in 1814, a similar catastrophe occurred in the same place in much the same way.

Maj. Edward Anderson of Windham Hill owned a sawmill on Pleasant River that needed more waterpower. Seeking the chief source of his water, Anderson followed a tiny tributary, Smith Brook, to its origin near the base of Little Sebago Lake. Here he dug through an earthen berm, releasing lake water to his mill. The deed was successful and Anderson’s lumbering operation became quite prosperous, employing many men. However, on June 14, 1814 during a period of high water, the mill dam was undermined; its collapse unleashed a torrent of water out of Little Sebago that redirected Smith Brook (creating what is today Ditch Brook) and demolished all the mills and bridges on Pleasant River as far downstream as Gambo and Mallison Falls on the Presumpscot River.

These two major floods, taken together, drained as much as one-third of the water area of Little Sebago Lake.

Around 2010, Raymond Philpot, a life- long resident of North Windham, set out to learn just how expansive the earlier lake was, and more specifically, how much higher.

Much of Philpot’s childhood days were spent on the lake. He was familiar with the lake’s landforms, terrain, and ridges, but paid little attention to them.

He began with the written history (Dole and others) and with stories passed down from long before his time. One piece of information proved to be the essential starting point: elevation above sea level. The lake’s current elevation is measured at approximately 286 feet. Before 1814, it was nearly 300 feet.

Using a modern topographical map, Philpot used a blue marker to trace the 300-foot line around Little Sebago. The result showed a considerable expansion of the shoreline, enough to reveal that most, if not all, of the current camps and homes would be inundated with water, if not underwater. Collins Pond, which was part of Little Sebago pre-1814, would be about 40 feet higher. Both Collins and Mill Ponds did not exist as separate water bodies before the two floods but were part of Little Sebago Lake. Consider too, many of the lake’s islands did not exist. Horse Island did but added more acreage after the flooding.

Particularly noteworthy, says Philpot, is that the lake extended all the way to current-day route 302. Early travelers would pause to water horse and oxen teams at a point near the Pope Road/302 intersection – specifically, behind where Cumberland Title at 585 Roosevelt Trail is today; here, the drop-off near the building is where the lake’s edge lapped the shoreline. 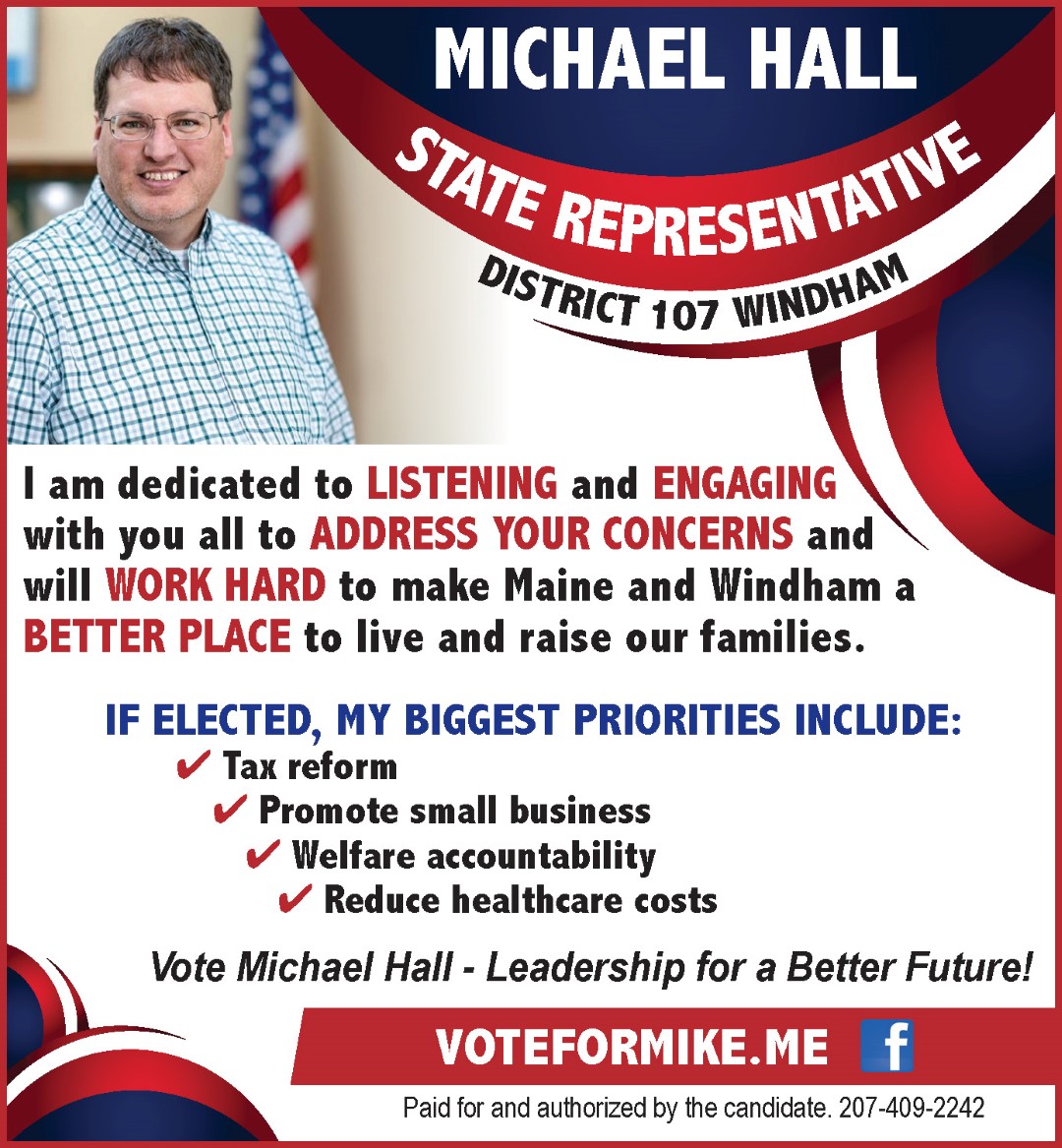 Graphic evidence of the lake’s former elevation is clearly seen on a huge boulder that rises in the upper lake. In the photo shown here, a few feet below the swimmer, there is a pronounced indentation formed by many years of erosive splashing motion from the surface water. This is likely the original water level of Little Sebago Lake, pre-1814. Philpot says there no hint of an indentation at the current water level, which has been hugging the rock for over 200 years. He says the only remaining question is, “…how many thousands of years did it take to create the higher indentation?” <
Posted by Ed Pierce at 2:10 AM