What does a successful library fundraiser look like? If you were lucky enough to attend Raymond Village Library’s fundraising event on Wednesday, April 13, you would have been a part of that success with approximately 30 other guests. People from the Windham and Raymond areas gathered in the small community library to hear internationally renowned writer Tess Gerritsen discuss her latest novel, Playing with Fire. 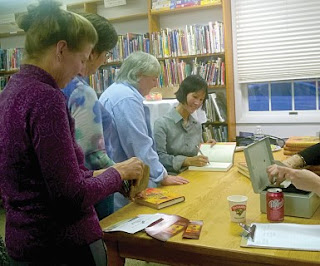 Tess Gerritsen, known widely as the “medical suspense queen”, has been a writer from a very early age. However, due to the encouragement of her parents to pursue a more stable career, Gerritsen attended Stanford University where she obtained a medical degree and became a doctor. While on maternity leave she wrote her first novel that launched her writing profession.  Her books, including Harvest and The Surgeon, are New York Times bestsellers that have been published in forty countries with more than 30 million copies sold worldwide. She is now retired from the medical profession and writes full time.

The fundraising event began with Gerritsen discussing her latest novel. While on vacation in Venice, the author had a dream. In the dream, Gerritsen who is also a musician, is playing the violin. While playing the instrument, a baby sitting beside her turns into a monster – and thus Gerritsen has the basis for her new story. Playing with Fire is set in Italy and spans across the time of 70 years. It describes the impact music has upon us and how it connects us in surprising ways. 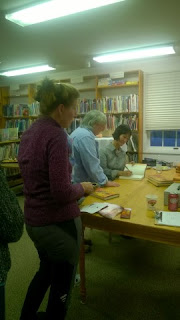 Many who attended the fundraising event were fans and avid readers of Gerritsen’s books while others have yet to read her novels but wanted to meet the famous author. John Wilson of Windham is one of her devoted readers. What captivates him while reading Gerritsen’s medical mysteries is the “why” someone done it, rather than the who. Caroline Vozella of Gray, loves murder mysteries, but has not read Gerritsen’s novels – yet. She stated she is very intrigued by Gerritsen’s gruesome mysteries and plans to read her books as soon as possible. 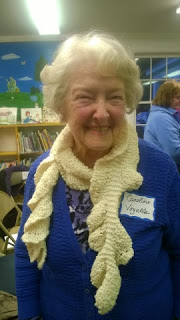 Renee Robbins of Raymond is an aspiring writer herself, whose day job is also in the medical profession. She came to the event looking to Gerritsen for advice. 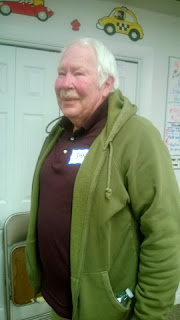 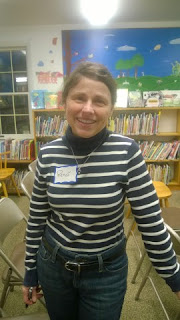 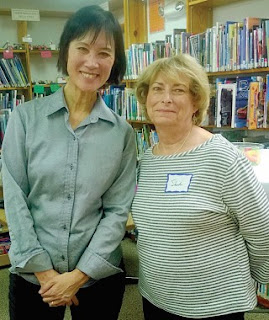 The question and answer session was filled with many highlights. When asked what books about the art of writing she recommends, Gerritsen listed “On Writing” by Stephen King, “Telling Lies for Fun and Profit” by Lawrence Block, as well as “Writing Down the Bones” by Natalie Goldberg to be among her favorite. As for education needed to become a writer, Gerritsen stated there is no iron clad educational program she would recommend as she has met writers with MFAs to successful authors who have only a high school diploma under their belt. For aspiring writers, her ultimate advice is, “Live your life fully, fall in love and stay curious.”

The evening ended with a book signing, refreshments and special recorded music written by the author. A drawing of assorted, signed books also took place. The cost to attend the event was $15 per person and all proceeds benefited the library. Graciously, Gerritsen volunteered her time. When asked why she gave her time freely to the Raymond Village Library fundraising event, she stated that it was her duty to give back for all the time she spent at the library reading books when she was a child. 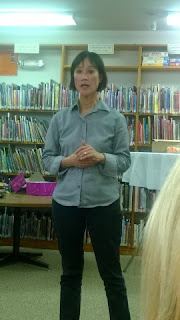 Thanks to Gerritsen and the dedicated librarians, this significantly attended and successful event will assist the Raymond Village Library to continue providing its indispensable services for the Raymond and Windham communities.  And one day, a child among us whose imagination is sparked by the books the library provides, may become the next Bill Gates, the next Stephan Hawking, the next Cheryl Sandberg, or…the next Tess Gerritsen.
Posted by Michelle Libby at 2:00 AM