Linda Cota walks in two worlds. Her name Waynonaha means she who comes to bring the light. On March 28, she will bring her special gifts to the Windham Cancer Support Group, which meets at the Windham Public Library the last Monday of the month. 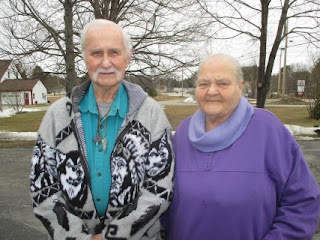 Eighty-year-old Cota is a Lakota Native American and a trained herbalist. She also has a degree in nutrition. She will speak to the group about the mind, body and spirit connection. The mind belongs in society, the body is DNA and the spirit is the life force within you. Without that, you’re dead, she said.
“Timing is key. We’re all here for our purpose,” she said.

In 1987, Cota’s husband was diagnosed with cancer. The doctors gave him six weeks to live.  Cota and her husband stopped treatment immediately. With her degree in nutrition, she started to work with him. She concocted a drink for him that took the place of Ensure. She made a tea that she researched which gave him the most nutrition in the smallest amount of liquid possible. He lived for 17 more years.

“If you think it, you can do it,” she said with confidence. “You’re not in control of your own fate.”

Cota is a wealth of knowledge and her world experience gives her insight to other cultures and thoughts. She is well educated having attended the University of Nevada and finished at UCLA. She has always been interested in genetics. “There’s a lot you can learn from every culture,” she said.

Cota speaks to schools and is working to make sure that the language and customs of her native people are not lost. She has traveled around the world educating people on her customs and traditions. “We’re just people like everyone else,” she said. “We should honor each other and our ways.” Of the original 5,000 Native American nations with languages, only 450 are left. When she would teach children they would often ask, “Where’s your horse and bow and arrow?” She doesn’t like the stereotypes.

“We are all a mixture of everything in the world,” she said.

The Windham Cancer Support Group supports people and caregivers of those fighting all types of cancer. It has been around 10 years and is a very open group. They meet once a month and six or seven times a year, they have special programs. Two meetings have a special focus on caregivers. They encourage people with an interest to stop by at 6:30 p.m. at the Windham Public Library conference room.