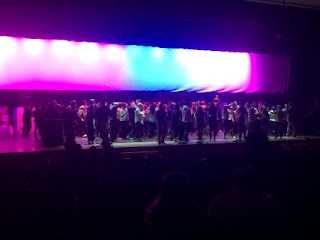 The Maine State Regional One Act Drama Festival took place at Windham High School on Friday, March 4th and Saturday, March 5th, welcoming a variety of both Class A and Class B schools from around the state to perform and compete for the regional title. The individual schools began arriving at Windham High around 2 p.m. on Friday where they registered for the festival and received personalized goodie bags that were stocked with maps, programs and miniature windmills that were meant to bring them good luck. Most of the afternoon was spent unloading set pieces, prepping costumes, running tech checks, and greeting high schools from around the state, all schools preparing their materials for their performance. The hustle and bustle of the halls began to cease when Fryeburg Academy, Oak Hill High School, and Morse High School executed their performances starting around 6 p.m., the excitement of festival kept building. After the Friday performances were completed and critiqued by the panel judges, the students returned to their homes or hotels for the night where they patiently anticipated the activities for the following day. 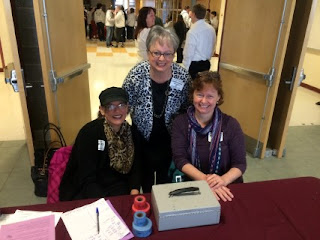 Saturday’s activities began with an early start and multiple tech checks for the remaining five schools. Between time between tech checks and performances, the students were connected by their love of theater and enjoyed their free time by filling it with different games including improvisation circles and card games. Once Leavitt High School began their performance at 11 a.m. on Saturday, the Windham High auditorium erupted in applause and positivity. Throughout the day, the performances were presented in one hour increments with Windham High’s performance of Drop Dead Juliet wrapping up the shows at 7 p.m. 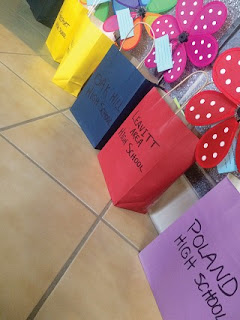 There was a constant stream of encouragement coming from all involved with the festival, not just during the performances, but in the halls and cafeteria. With the suspense of awards and critiques occupying the student’s minds, there was a dance held in the auditorium as an entertaining stress reliever for the students. Will Wheaton, a Windham High School junior and Romeo in their performance of Drop Dead Juliet, said “It’s a lot of fun because you get to surround yourself with kids that have similar interests as you. We all love each other and it’s a good environment. There’s no judgment which is very nice.” 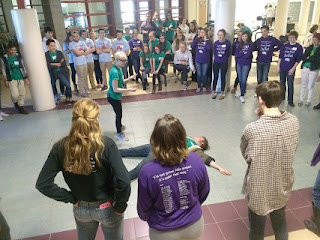 Concluding the festival, the award ceremony awarded Freeport High School as the Class B winner with its performance of Out of the Machinery and Oxford Hills High School as the Class A winner with its performance of Of Mice and Men and both schools will be advancing to the State competition in Camden. Windham High School was awarded as the Class A runner-up and individual all cast awards were given to Lana Pillsbury (WHS ’16) as Juliet, Parker Quimby (WHS ’17) as Shakespeare, Will Wheaton (WHS ’17) as Romeo, and Elizabeth Joseph (WHS ’17) as Mercutio as well as judges’ commendations for music by Samantha Barry (WHS ’16), choreography by Hanna Griffin (WHS ’18), and costume design by Marissa Morrissette (WHS ’19). In the end, the awards were just a bonus. The festival was a positive environment where theater departments from around the state came to compete and create life-long relationships.
Posted by Michelle Libby at 2:00 AM